Mix flour, all the spices and salt in a bowl. Rub/Sprinkle both sides of chops with the seasoned flour.

Cook chops in a large skillet that has about 2 TBS hot oil in it, on med-high heat until browned on both sides. ( Do not cook thoroughly through just yet.)

Remove meat from pan and saute onion and apples.

Stir in juice, sugar, and any remaining seasoned flour until mixed well.

Add meat back in, bring to a boil, then turn to low, cover and simmer for 5 minutes or so.

This was a McCormick dish that I tried.  In Winco, over by the sandwich meats and hot dogs, there was an end cap with these pre-made spice packets.  I bought one to try.  MY FAMILY LOVED this dish, to my surprise!  I found that I had bought 4 thick pork chops and when I filleted them, I didn't have enough of the seasoned flour...so this recipe is a doubled version of the little $2 season packet I bought.

I found that you can make all spice on your own.  It's 2 tsp cinnamon, 1 tsp ginger, and 1 tsp cloves. Mix well. Or if you want more or less of those ingredients you can do a 1 to 1 ratio.  Kinda fun.
Dinner

Popular posts from this blog 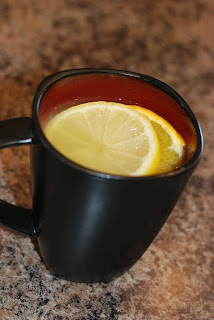 12 oz frozen OJ 12 oz frozen Lemonade 1 gal hot water 2 c sugar 1 1/2 tsp almond extract 2 tsp vanilla 3 TBS lemon juice Mix well, esp. to dissolve sugar.  Can be served cold, but we like it just hot enough to drink.  I slice up lemons and oranges purely for looks. I keep it in the crockpot on warm throughout the day.... and refrigerate at night to serve the next if we have leftovers. Enjoy!
Read more 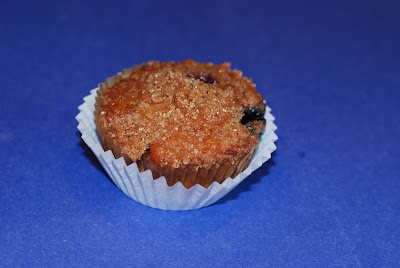 I tried a Blueberry muffin recipe the other day, and was sorely disappointed. Why I thought any recipe could top the one I already had, from my mom, I don't know!! That was a moment of foolishness that I'll share with you openly, just don't expect me to tell you this kind of thing very often. And to think I was baking these in front of friends!  Sheesh.  Talk about embarrassing. Moving on. I may not have the prettiest pictures or the most entertaining writing style, but I can make a killer muffin. Raise your hand if you agree. Thanks.  I knew I liked you. Berry Oat Muffins Yields: 2 1/2 Dozen Preheat oven to 400* Bake for 17-20 minutes 2 Beaten Eggs 1 1/2  c Brown Sugar 1 tsp Salt 1 tsp Baking Soda 2 tsp Baking Powder 1/2 c Melted Butter 2 c Oatmeal 2 c Flour 2 c Vanilla Yogurt, mixed with 1/2 c water 2 c frozen fruit Okay, I say frozen fruit, because 1. The berries don't break down near as bad if they're frozen and 2. You can use Strawberries (not
Read more 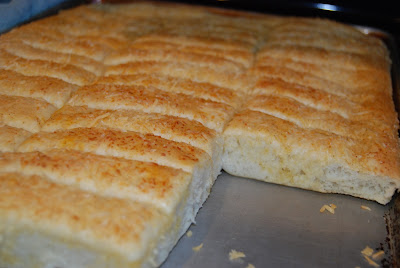 These are a huge hit at my house. I'll forever be in debt to my friend Jamie at Jamie Cooks It Up for sharing this one! I don't think my version has altered from hers in any significant way, so this recipe is courtesy of her! I use different salt and less butter, but it's her recipe all the way. Quik 'n EZ Breadsticks Yields: 36 small bread sticks Time: 45 minutes *I have started using Bread Flour for bread sticks and rolls, and have seen a big improvement, but you can use either for this recipe, I have found. 1 1/2 c warm water 2 T sugar 1 T yeast 1/2 tsp salt 4 c flour 1/3 c melted butter Grated Parmesan Cheese Seasoned Salt -Mix the water, sugar and yeast, and let it sit 5 minutes. -Add the salt and one cup of flour at a time. -Mix on HIGH for 5 minutes, then let it rest for 5 minutes. -I roll the dough out until it's a pretty good sized rectangle that I can then manipulate into a lightly greased cookie pan. -Spread dough out with
Read more